This week the US House of Representatives new Speaker of the House, Paul Ryan, starts his new job.  Along with starting his new job he get’s a new office.  The office recently vacated by John Boehner, a smoker.  Interestingly, Paul Ryan mentioned the use of ozone machines to “detoxify the environment” to clear the air.  While great news that the use of Ozone Machines goes mainstream, I do find it humorous that Paul Ryan is trying to Detoxify the Environment in Washington DC.  In my opinion it will take much more than ozone to detoxify the environment there!

Read more on this story from the NY Times below and follow this link.

WASHINGTON — There are many things Americans cannot yet know about Speaker Paul D. Ryan’s plans for his fancy new digs on Capitol Hill. Dark curtains or sheers? Memorabilia from the 2012 presidential campaign or his first House race in 1998? Will he hang a poster of his favorite band, Rage Against the Machine? 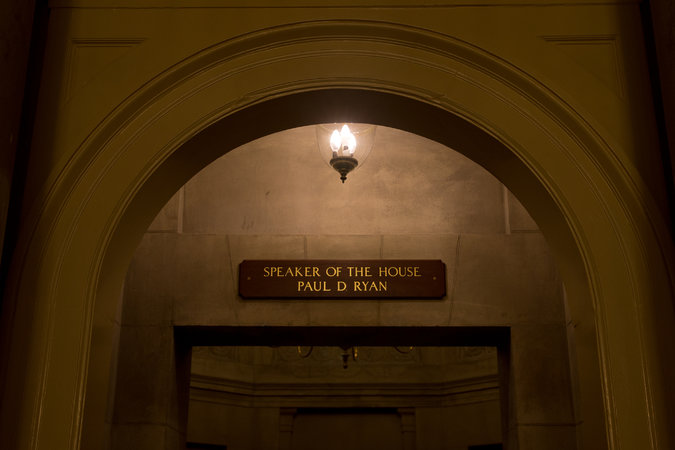 One thing is known: He wants to get rid of the smoke left behind by his predecessor, John A. Boehner. “You know when you ever go to a hotel room or get a rental car that has been smoked in? That’s what this smells like,” Mr. Ryan said in an interview on NBC’s “Meet the Press” on Sunday in reference to the speaker’s suite, which is of perhaps even greater interest to Mr. Ryan because he sleeps in his office.

Mr. Ryan said he would most likely rely on an “ozone machine” to “detoxify the environment” of the palatial speaker’s office, which he apparently views as about as habitable as a smelly motel off the interstate in 1978. Deeper cleaning and a carpet change would come later, and taxpayers would be expected to foot the bill.

This story even made the front page of the Drudge Report over the weekend.  See image below, click on image for larger view: