History of Ozone use 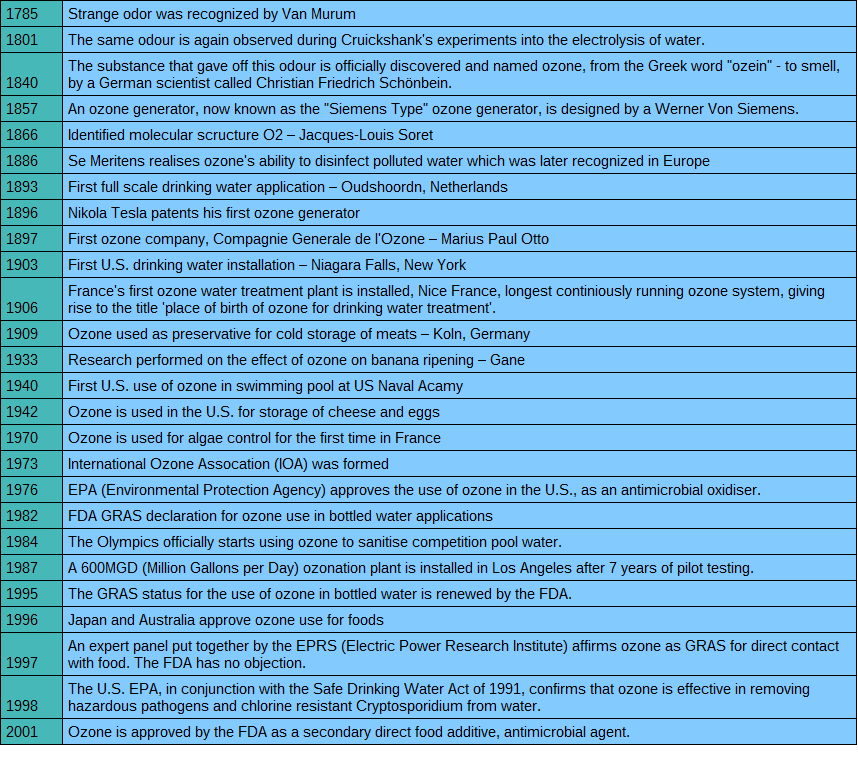 A Dutch chemist called Van Marum was probably the first person to detect ozone gas via smell. In the description of his experiments, he mentioned the notion of a characteristic smell around his electrifier

However, the discovery of ozone was only just mentioned by name a short time later, in a writing of Schönbein that dates back to 1840. This discovery was presented to the University of München. Schönbein had noticed the same characteristic smell during his experiments, that Van Marum had tried to identify earlier. He called this gas 'ozone', which is distracted from ozein; the Greek word for scent. Generally, the discovery of ozone is ascribed to Schönbein. Moreover, Schönbein is mentioned as the first person to research the reaction mechanisms of ozone and organic matter.

After 1840, many studies on the disinfection mechanism of ozone followed. The first ozone generator was manufactured in Berlin by Von Siemens [1,3,6]. This manufacturer also wrote a book about ozone application in water. This caused a number of pilot projects to take place, during which the disinfection mechanism of ozone was researched.The French chemist Marius Paul Otto (figure 1) received a doctorate at the French University, for his essay on ozone. He was the first person to start a specialized company for the manufacture of ozone installations: 'Compagnie des Eaux et de l’Ozone' [5]. 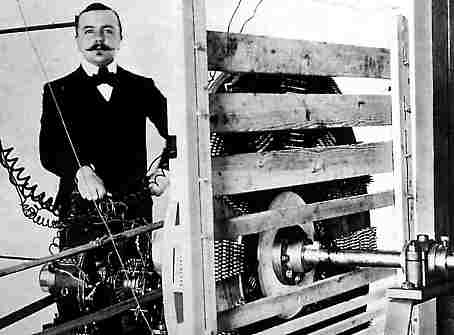 The first technical-scale application of ozone took place in Oudshoorn, Netherlands, in 1893. This ozone installation was thoroughly studied by French scientists, and another unit was installed in Nice after that (in 1906). Since than, ozone was applied in Nice continuously, causing Nice to be called the 'place of birth of ozone for drinking water treatment'.

Today, chlorine is still preferred over ozone for water disinfection. However, the last few decades the application of ozone applications did start to increase again. This was caused by the discovery of trihalomethanes (THM) as a harmful disinfection byproduct of chlorine disinfection, in 1973. Consequentially, scientists started looking for alternative disinfectants.Another problem was an increase in disturbing, difficultly removable organic micro-pollutants in surface waters. These compounds appeared to be oxidized by ozone faster than by chlorine and chlorine compounds.Furthermore, ozone turned out to deactivate even those microorganisms that develop resistance to disinfectants, such as Cryptosporidium.Finally, there has been a progress in resolving the shortcomings in ozone management. 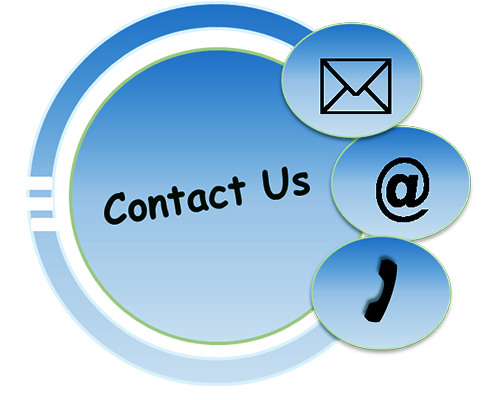